ATI: Accelerated Online Training And Instruction In The Mechanical And Construction Trades

To develop the next generation of competent and professional tradespeople by employing self-paced, distance education as the primary vehicle for learning. When Gene Kelly founded ATI, he did so because there was a glaring problem with America’s alarming lack of skilled tradespeople and the knowledge was sorely lacking as well. His solution was to locate qualified educators who shared his passion for educating the next generation of skilled tradespeople and utilize distance education to deliver that knowledge from coast to coast.

How We deliver on our mission

ATI provides comprehensive and easily digestible instruction through our professionally recognized instructors to ensure each student explicitly understands the theory behind their discipline. Utilizing our online learning platform, ATI is uniquely positioned to provide our students with an education they can review at their will and inform their efforts in the workplace and at home. 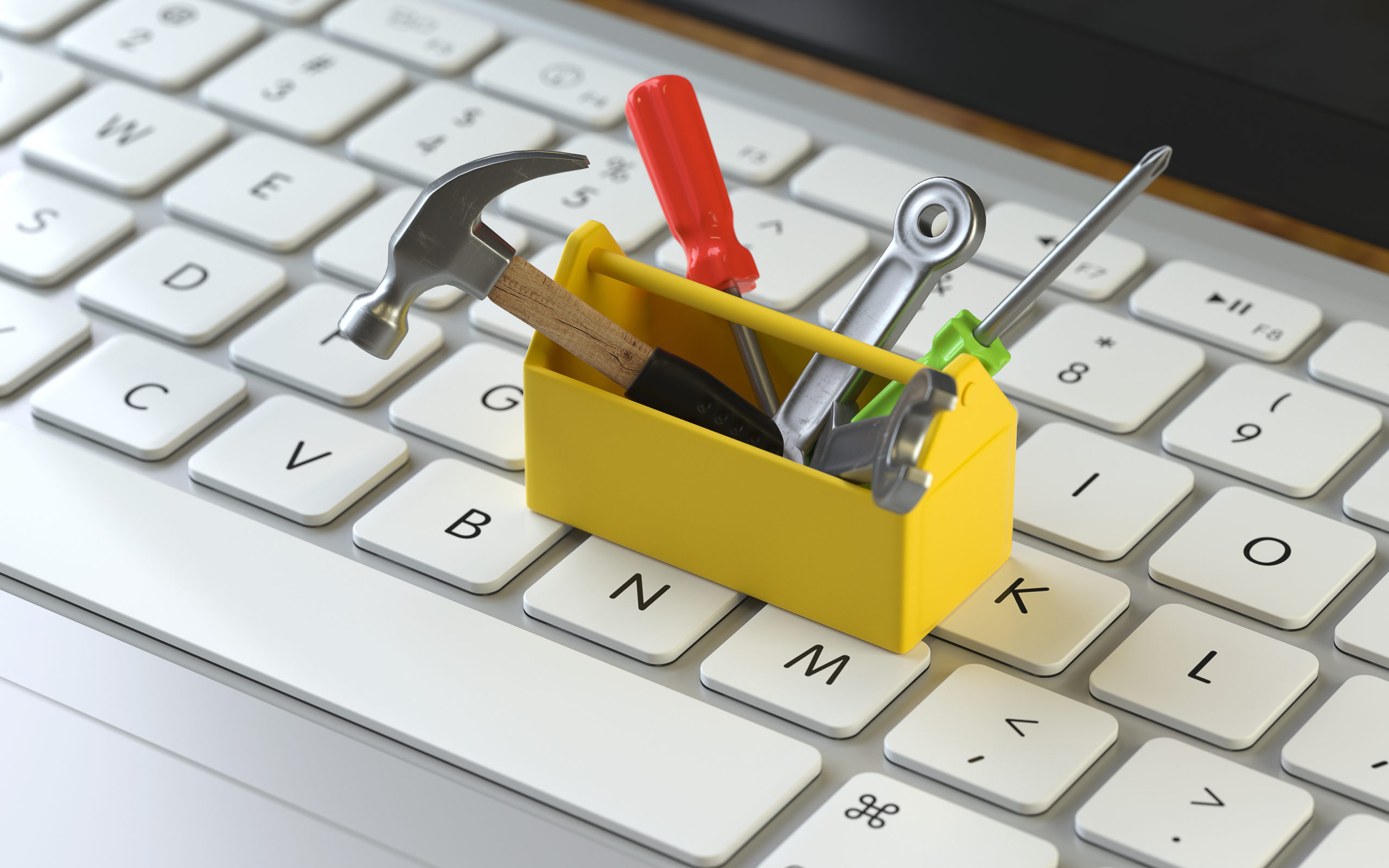 In 1993, we saw a need for a better training method in the trades. The traditional trade-school route was just taking too long, was too expensive, and was not meeting the needs of students that could not travel.

A distance education program in gunsmithing was created and the institution began teaching the core philosophy of design, function and then repair. Utilizing video and cutaway demonstration models to teach step-by-step, how devices function which created a clear understanding that was better than a classroom environment for many students. A student typically could not see close-ups that could be demonstrated with a camera that a student couldn’t see from the first row of a classroom typically and the added ability to review what the instructor said as many times as they needed in a DVD format became another benefit for students.

This was a highly successful program and 26 years later, it continues to be used in much of the core training that has been developed. We then saw a need for several different trades to be taught specifically and those include electrical and welding and machining, locksmithing, and plumbing. The institution believes that in each of those situations, the traditional, on-campus instructional methods are grossly outdated.

Several like programs require multiple years to attend a part-time or full-time trade school, are very expensive and the student does not receive any support the moment they leave the classroom while the instruction is only as good as the instructor on any particular given day.

The system we developed following the design, function, repair concept where systems are taught so a student can look at a system, understand how that system or a variation of that system works, be able to identify the breakdown in that system, and then make the appropriate repair.

ATI has created a process where the students can learn the core concepts faster and with more clarity and greater comprehension than they were getting in an outdated trade-school classroom. They can watch the instructor, repeat the material as often as they need to, and they have the access to the instructor even from the field using their smart device for up to a year.

At ATI, we know that online trade skill education is the smarter way to learn.

ATI Programs of study are developed in accordance with rigorous academic and industry standards. We teach the complete A-Z of a discipline using a methodology designed with both experienced and novice students in mind.

All program materials have been developed to meet or exceed the standards set by the National Center for Construction and Research (NCCER).

Registered as a Proprietary School with the State Board of Education under Idaho Statues, Title 33, Chapter 24

Courses are delivered through our online learning platform. Once enrolled, you will have the ability to learn at any time from anywhere. As an added benefit of our curriculum design you can refresh your knowledge by replaying any lesson as many times as you need.

Instructors visually teach the theory and demonstrating the "hands-on" application of each topic. There are no additional textbook purchases or reading requirements.

ATI’s courses are designed by educators who want students to be prepared to join the workforce upon graduation and that’s exactly what they have done with our Accelerated Methodology. By removing cumbersome additions to trade schools curriculum, our students are empowered to learn everything they need on a schedule that works for them.

Registered as a Proprietary School with the State Board of Education under Idaho Statues, Title 33, Chapter 24 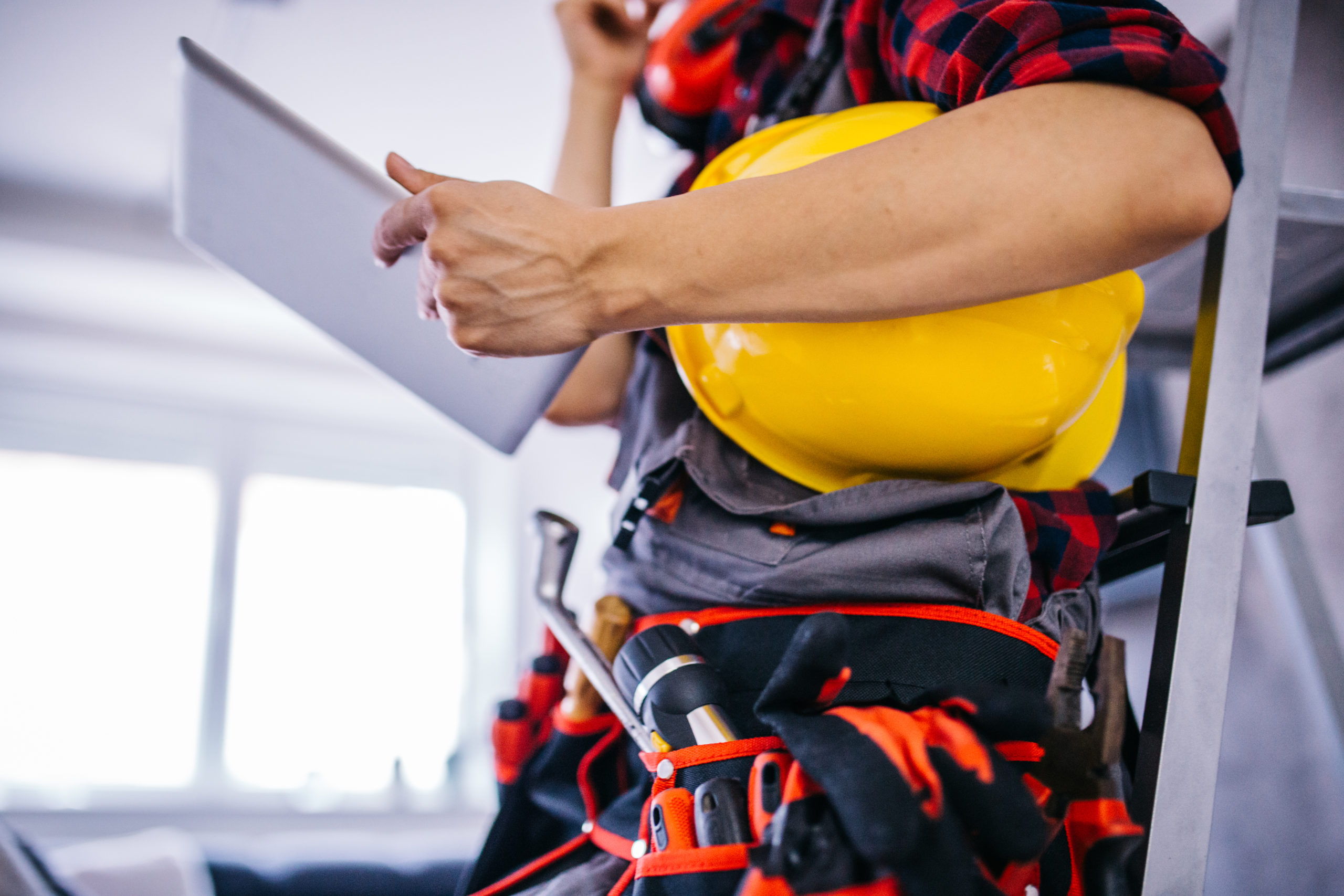 Meet Our Team and Instructors

All ATI instructors have extensive real-world experience in their relevant disciplines as well as being qualified instructors. 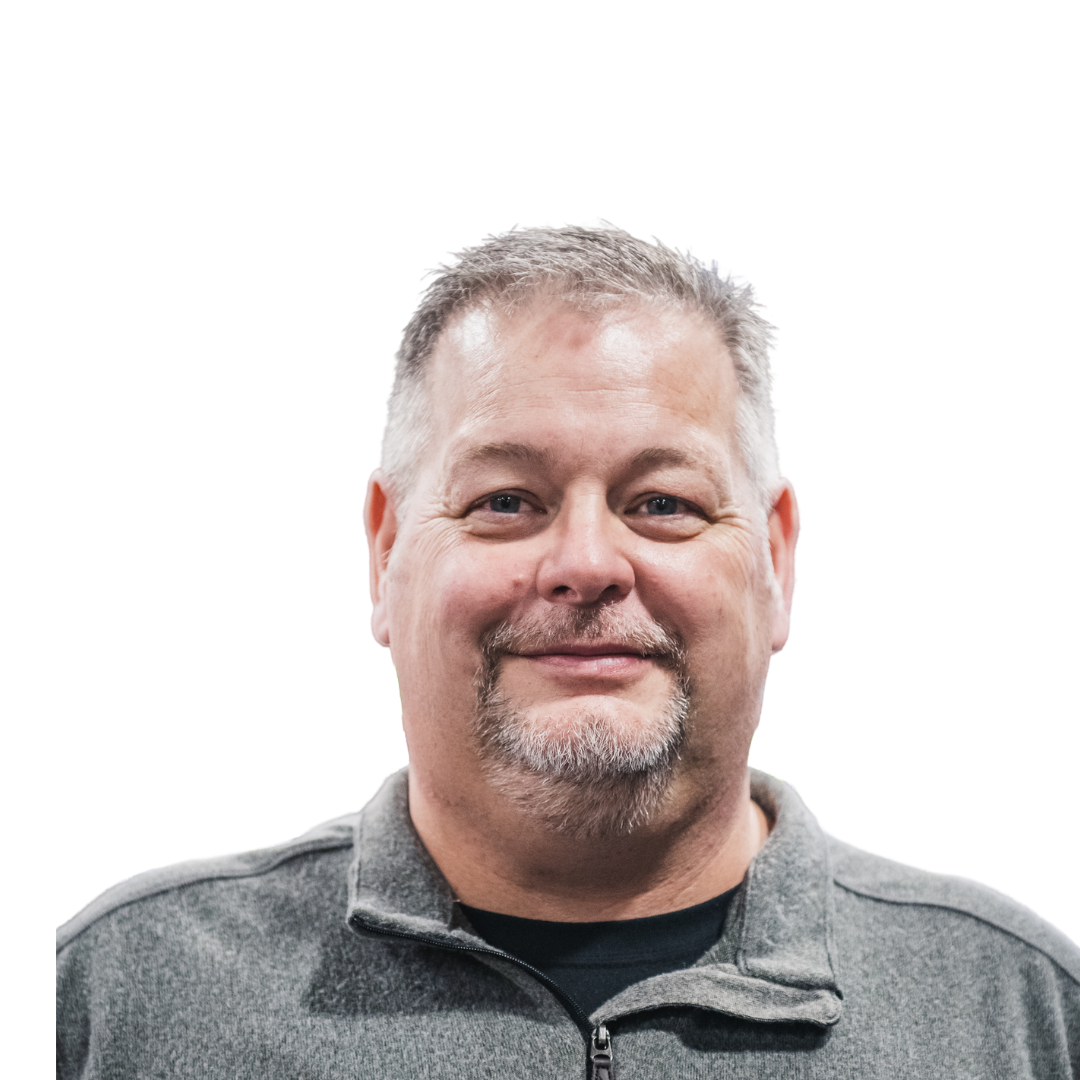 As the Director of Student Accounts Jeff has a 25-year history working in and around commercial and residential Job sites working directly working with the varies trades. Jeffs experience as a Student Advisor and Student Care Coordinator, and his unique skill working with Students through a systematic process provide guidance and works with Students as the explore their academic interests, provides additional course information and together with the student develop a plan of study that meets the students educational goals. 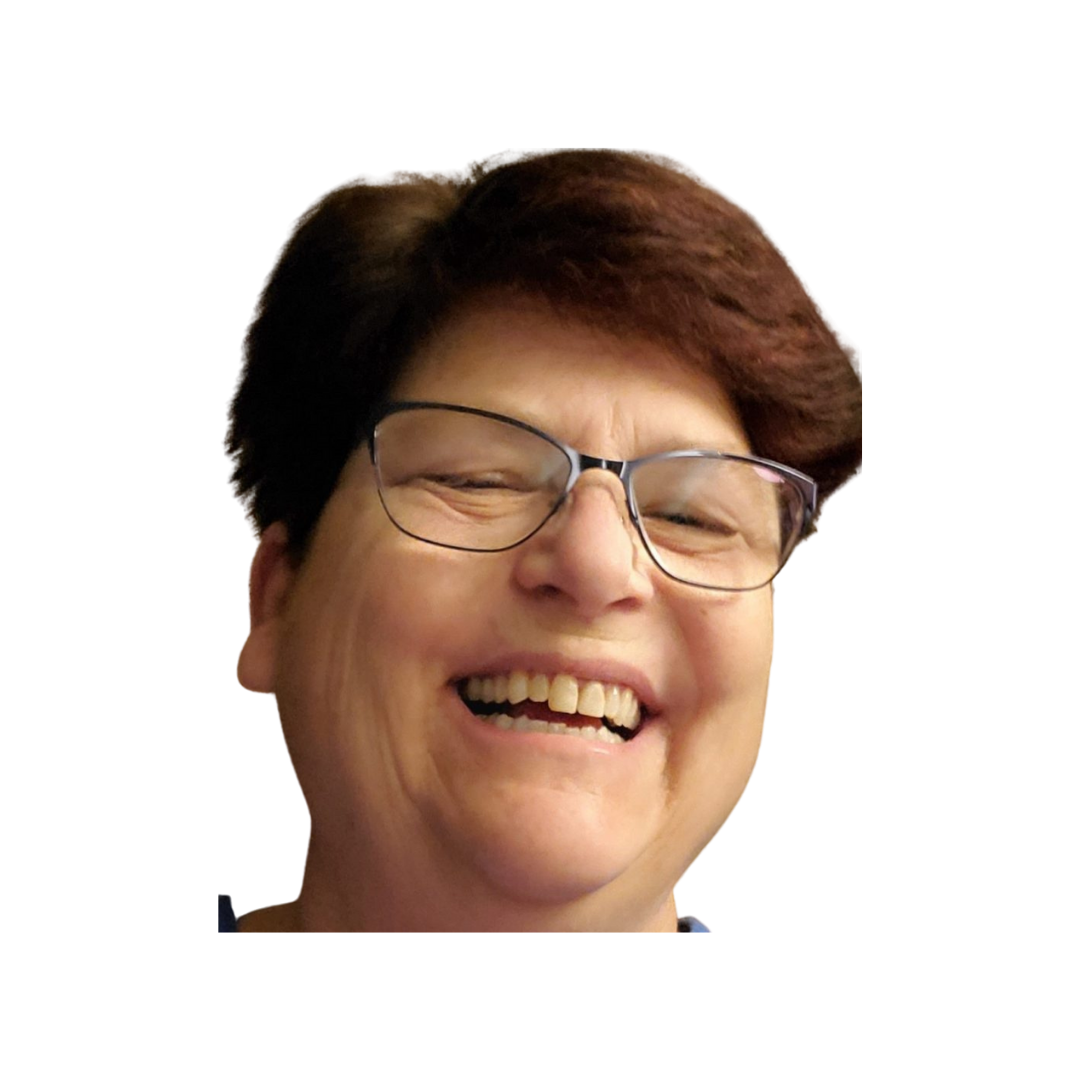 Liz is responsible for advancing Accelerated Training Institute’s educational mission through strategic planning, program/curriculum review and implementing organizational systems that make learning possible. Liz’s love of learning is shown in her academic achievements with a Bachelor of Arts in History and Philosophy, MAM In Management, Masters in Psychology, PhD in organization development.

Providing telephone and online support to answer student questions and provide services for such needs as how to access and participate in online courses, online testing, taking retests, contacting faculty or any other questions they may have related to school policy and procedure that are not directly related to the instructional content of their course. 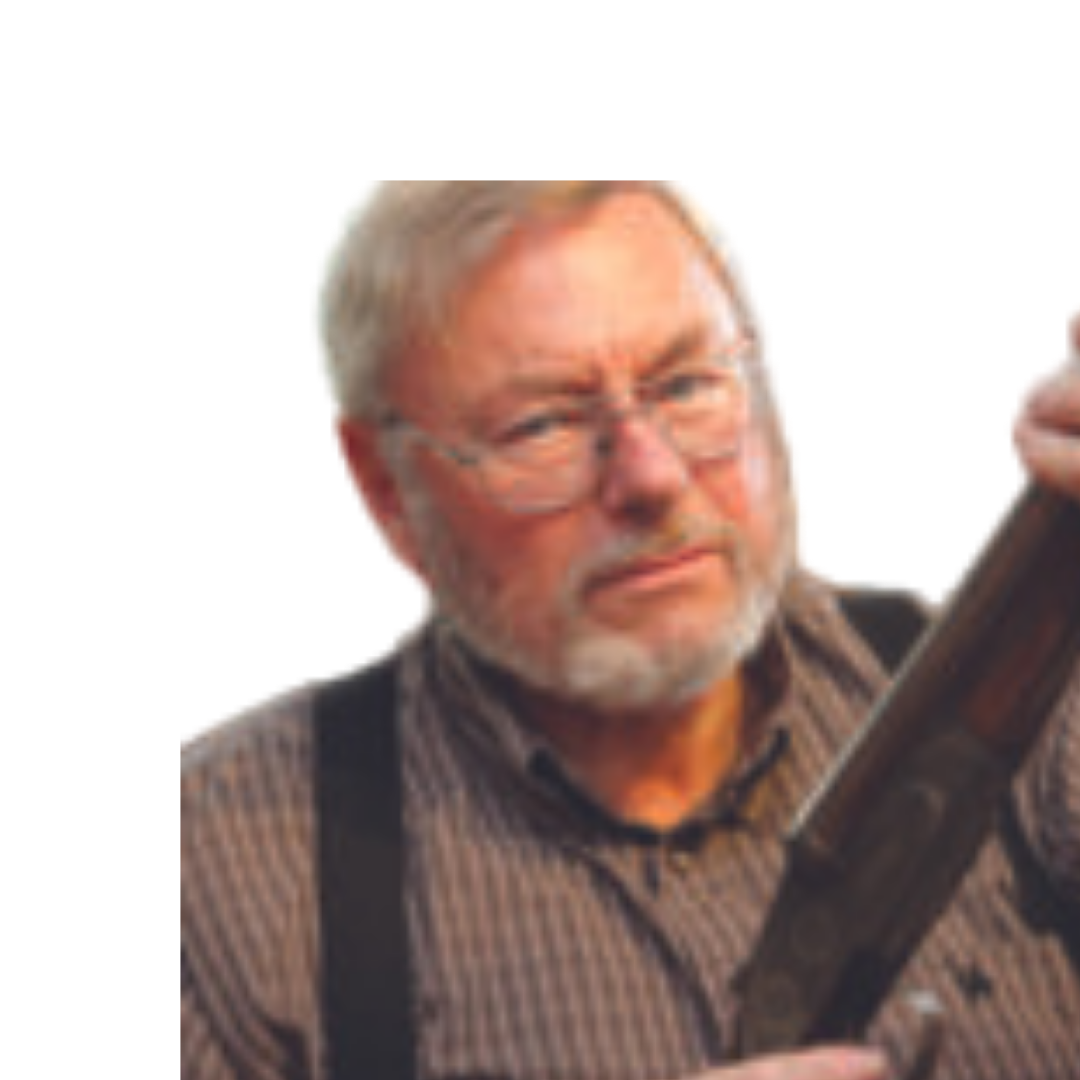 Instructor Emeritus, Master Gunsmith Robert "Bob" Dunlap was recognized nationally as the top instructor in his field and was an expert witness in firearms court cases. His unique and personally developed Design, Function, and Repair system is at the core of ATI’s Professional and Consumer courses. Throughout his career, as a state-accredited college gunsmithing instructor, Bob also ran a fully staffed gunsmithing shop performing warranty work for Colt, Smith & Wesson, Charter Arms, Hi-Standard, Remington, Browning, Winchester, and numerous other well-known manufacturers. Bob has been personally responsible for the repair of well over 250,000 guns. At the Accelerated Training Institute we work to carry on Bob's legacy of teaching Design, Function, & Repair, and growing current and future generations of gunsmiths and firearms enthusiasts. 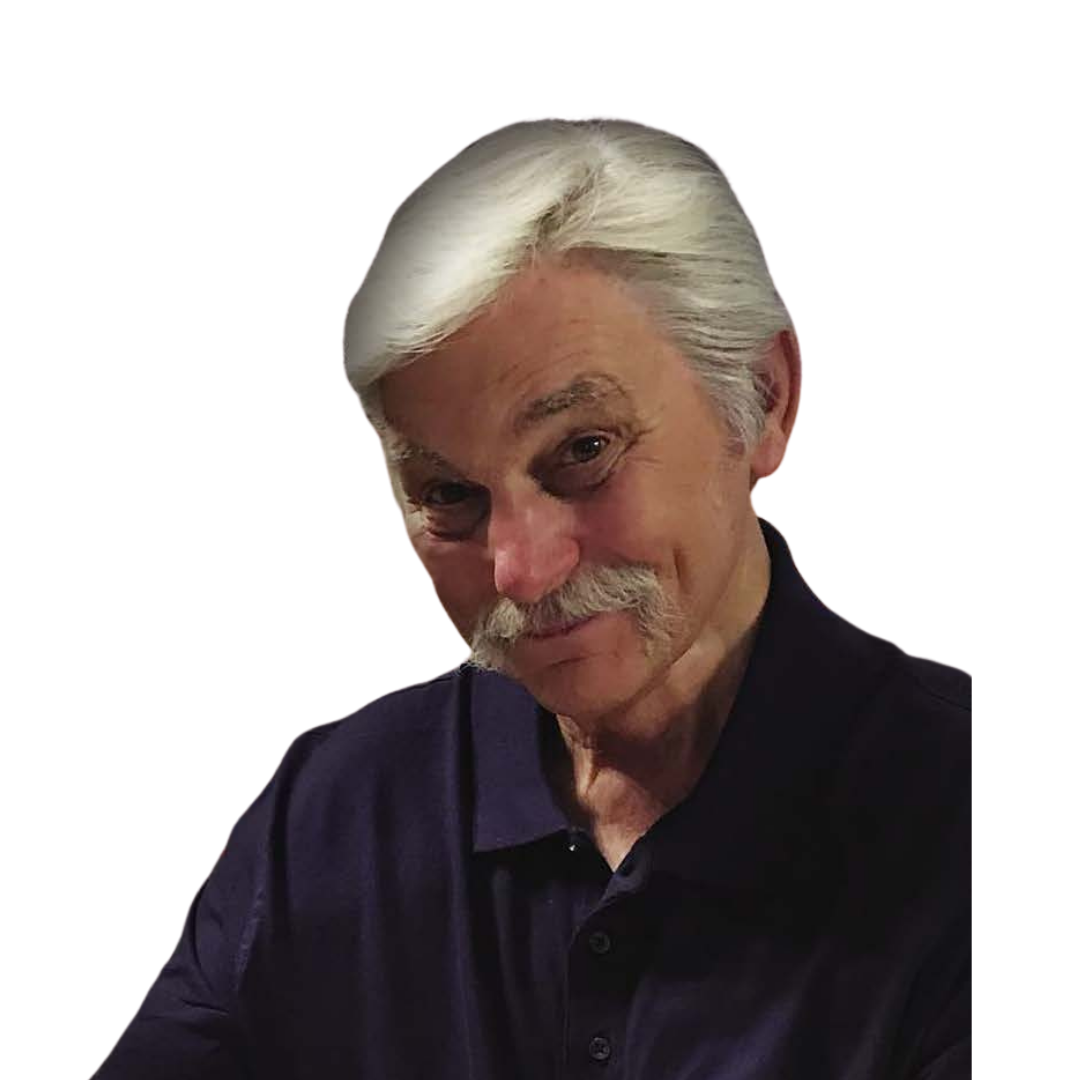 Has been building, repairing, and modifying guns for over 50 years. Jack is a graduate of 20 consecutive summers at the NRA Summer Gunsmithing Programs at Lassen and Yavapai Colleges. After 30 years in the security industry, he went to work for the American Gunsmithing Institute and ATI where his broad knowledge and logical problem-solving abilities resulted in his becoming the Tech Services Manager and “Go-To” person for student and customer technical questions on the courses, content, and test questions. 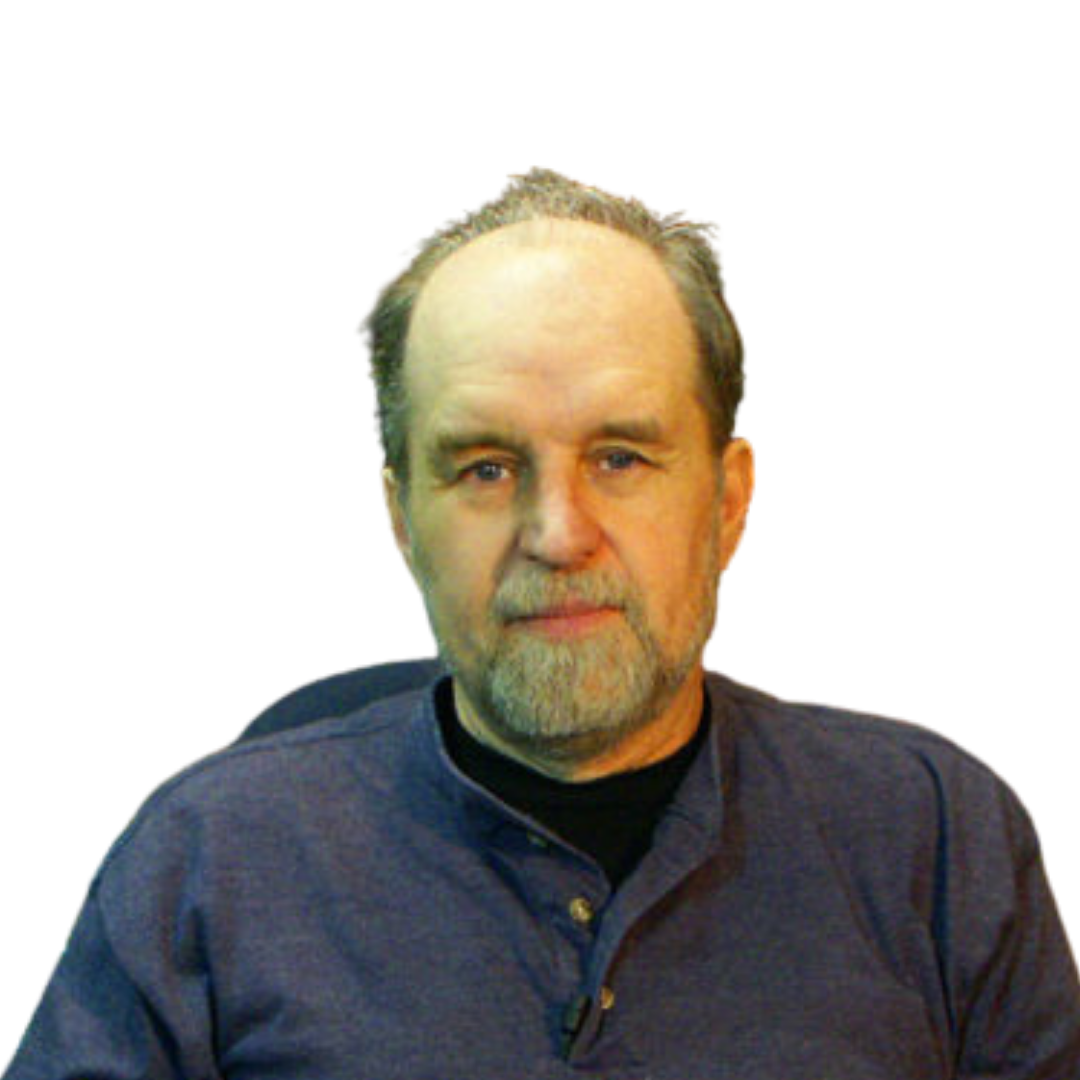 Mr. Woolman is an expert in all aspects of locksmithing and is considered the go-to-guy with regards to learning about rare and collectible locks and safes. He has worked in the Locksmithing trade and has owned his own company for more than 30 years.

Mr. Rizzetto has more than 37 years of experience in the welding trade and is a NCCER-credentialed Welding Instructor. Because of his thorough training and experience, he understands exactly what is happening when students are welding and how to explain it to the student in a detailed, yet easy, way to understand. He enjoys teaching and introducing students to the amazing, demanding, yet rewarding world of welding. Mr. Bush is a Master Armorer and has a long and colorful connection with firearms. John is constantly traveling as a consultant to manufacturers and importers of military firearms, and he is certified as an expert witness in firearms casts. Mr. Graham is a known authority, author and gunsmith specializing in Glocks and other handguns. An NRA-certified Pistol Instructor, T. R. has worked in all facets of the civilian firearms industry including research and development, public relations, manufacturing, instruction and gunsmithing. His personal training includes instruction and certification from several manufacturers on their weapons. 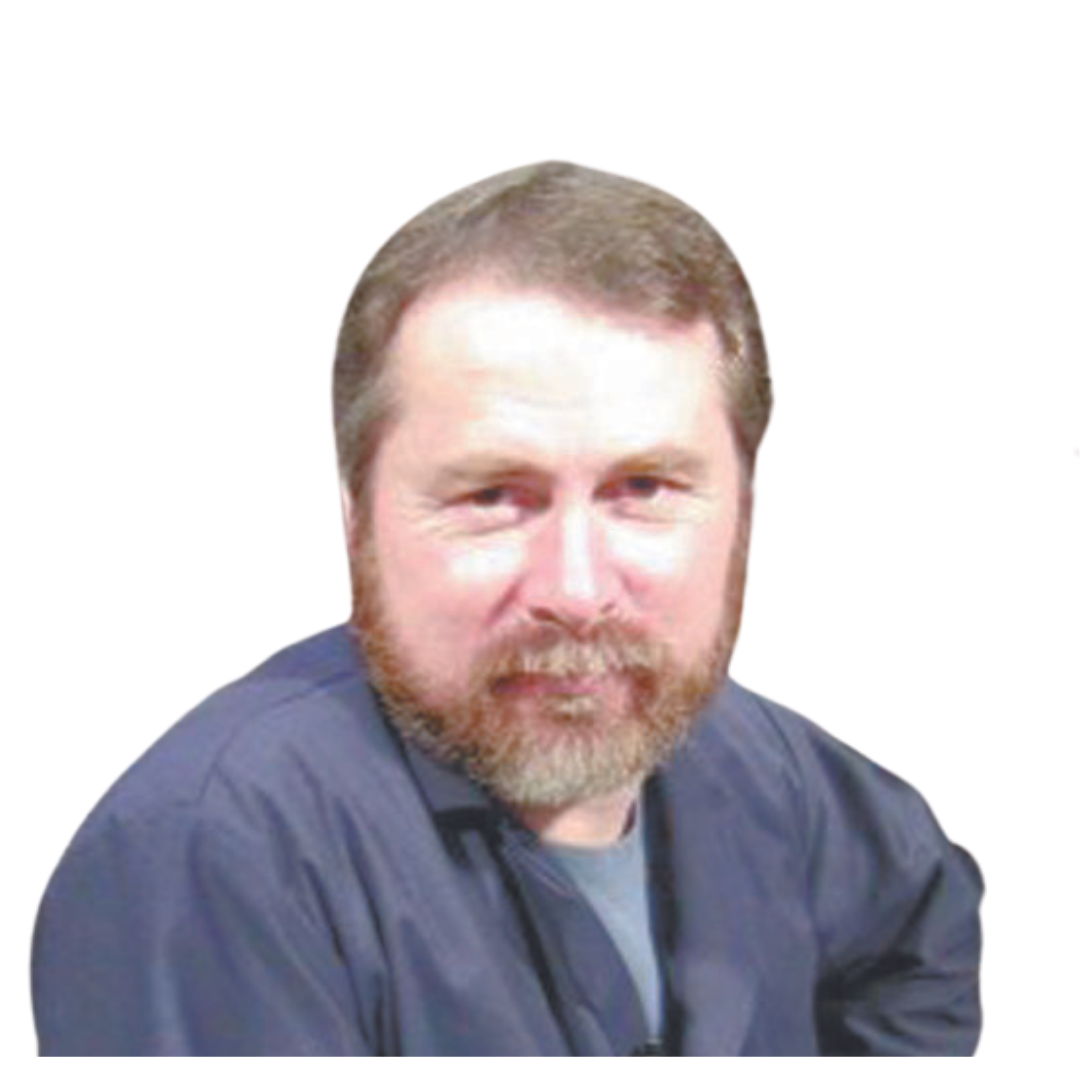 Mr. Holland is well known as a custom rifle builder, writer and lecturer. He builds some of the tightest shooting rifles in existence. Darrell is always inventing new performance shooting products, and he is constantly pushing the envelope with regards to integrating the latest technology and ideas into his rifle designs to increase accuracy and improve reliability. Darrell has instructed many courses that take advantage of his unique knowledge and expertise. His simple, direct instructional style makes learning any subject easy, and his attention to detail is legendary. His unique “V Block” one-screw bedding system is an excellent example of his thinking and machining skill. Mr. Shuey is a former Mr. America (1960), a top International Practical Shooting Confederation (IPSC) shooter, a founding member of the Southwest Pistol League and a former consultant to Colt Firearms. He was also the first sectional coordinator and helped start IPSC in Texas. As a Master Gunsmith specializing in 1911-style IPSC limited and open class guns and high end custom rifles, Gene has contributed a great deal of knowledge and information to American Gunsmithing Institute’s instructional gunsmithing courses. Some of the American Gunsmithing Institute courses he has instructed include: Building the Reliable 1911, Building the Custom Mauser Rifle, Stock Refinishing, Glass Bedding, Professional Metal Finishing, Parkerizing, Rust Bluing and Professional Gun Cleaning: Tricks, Tips and Techniques. He has also provided consulting and insight on many of the School’s other courses.

Mr. Burch is a retired second-generation licensed plumber with more than 52 years’ experience in the plumbing, heating and cooling industry and a business now run by his sons. Gene has also been teaching all aspects of the plumbing trade since 1969; and currently also teaches at a high school. He is certified by the National Center for Construction Education and Research (NCCER) to teach plumbing and a blended curriculum in construction technology. 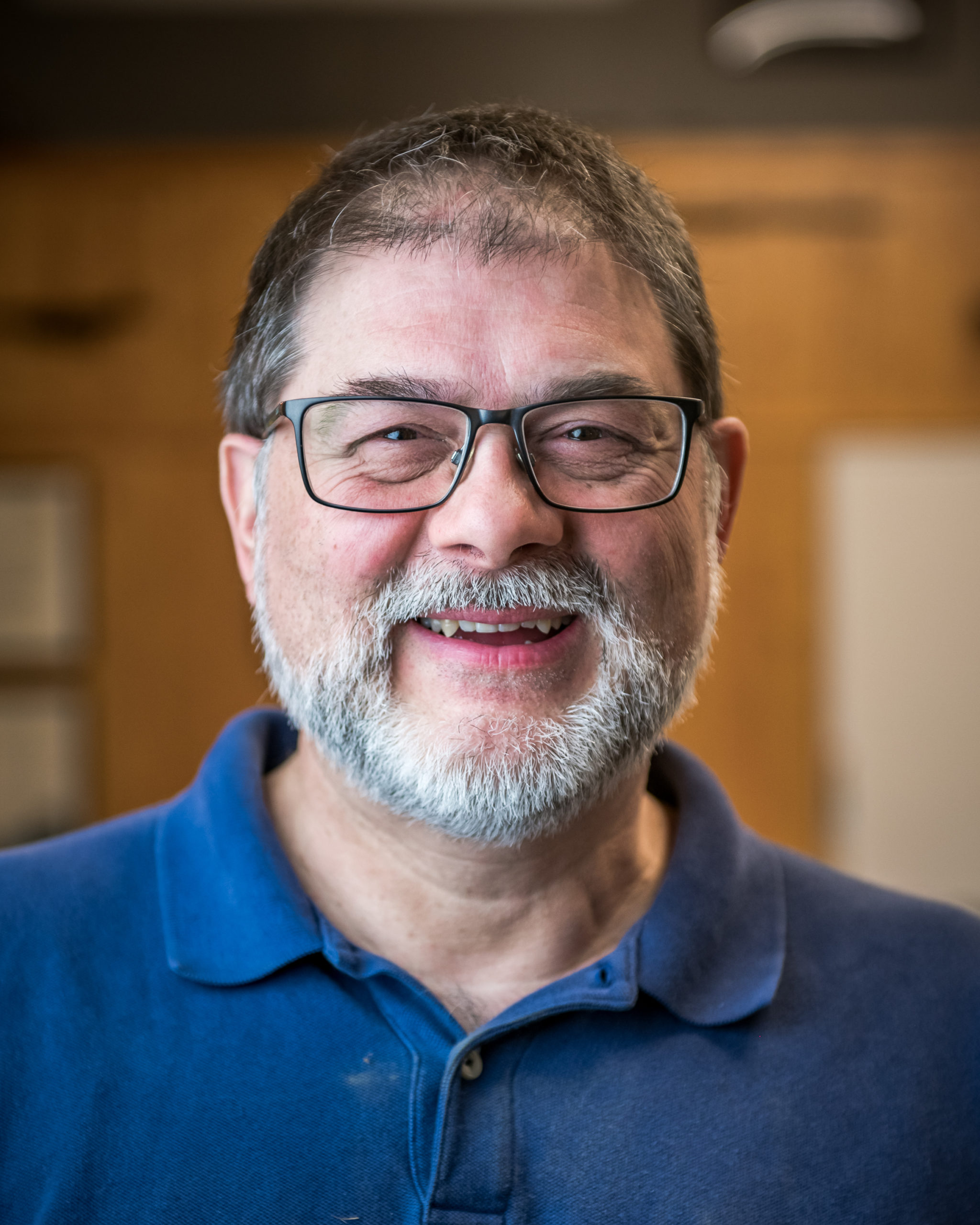 A graduate of and former instructor at the renowned Gunsmithing Program at Lassen Community College in Susanville, California, Ken works full time with Bob Dunlap at their shop in Coquille, Oregon. Ken also hosts online bi-weekly webcast technical classes for our gunsmithing students. When Bob retires from gunsmithing, he plans on turning his entire operation over to Ken because he has developed into such a great design, function and repair gunsmith. Listen To Our Happy Students

Well done; I enjoyed it greatly!
I was confused about some things that I read in a textbook. But once I took this course I'm no longer confused, Now I can say I understand. Thank you.😁
Great courses! Great training to use in the field.
Great Program for the Pricing!
My name is Lonnie Resto and just want to say thank you for the opportunity to develop a skill set in the electrical field it has been a dream of mine that I got to fulfill.